skip to main | skip to sidebar

been toying with making a ring design for a while now. last weekend i finally got it out of my imagination and into reality. still working it out, would love to hear some feedback and ideas... 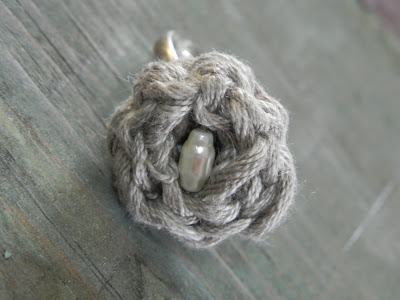 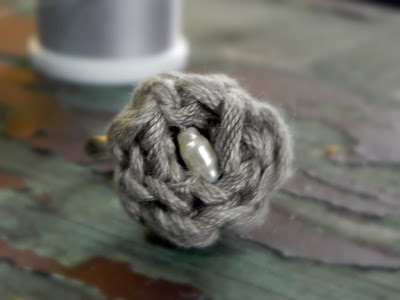 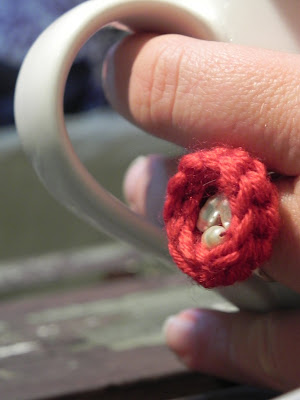 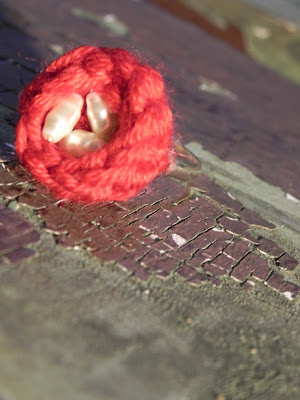 Email ThisBlogThis!Share to TwitterShare to FacebookShare to Pinterest
Labels: ring

Corners of My Home

I've been gone to long. Some because of the chaos of life and some because I am still settling in to my new home. Tonight I thought that I should take some time to share some corners of the little home of mine with you. 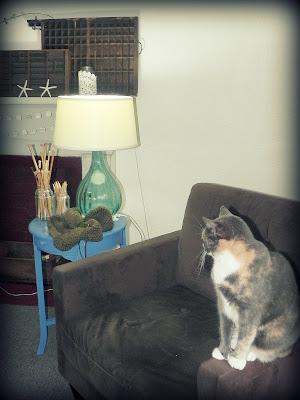 This is my beloved knitting chair. It's where you find me most of the time. Mostly because I haven't found the "just right" sofa yet. Well, I did find one that I liked, but it's out-of-stock right now! You know that I am not very good with waiting, don't you? The blue table used to be my night stand in my old bedroom. It was white originally and on-the-cheap from The Christmas Tree Shop. One can of spray paint and it's got a whole new look. 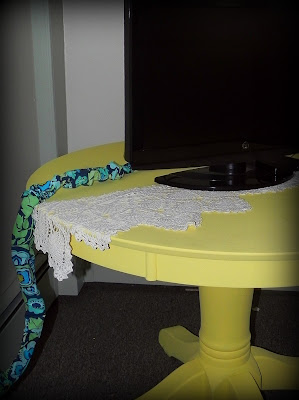 This giant table used to be my dining room table and black. Except that I crafted on it one too many times and it was pretty beat up. I had originally planned to sell it, but then my friend convinced me to make it work as my TV table. I spent a long time staring at it, wondering what on earth I was going to with it. Alas, one can of yellow paint and a couple antique crochet pieces and it looks like a whole new piece of furniture. I was also battling loads of cords that were less-than-appealing to the eye. I grabbed a fat quarter from the fabric store and sewed up a tube to thread all the cables through. 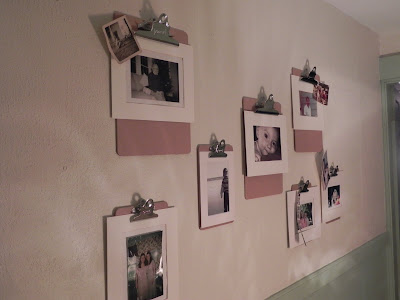 I have a hallway that connects the kitchen to the bedroom that has been driving me bonkers! A giant wall equals a blank slate to me. Which can be inspiring, but really intimidated me. First I picked up a bunch of picture frames at a tag sale and painted them a deep plum color. Didn't work. Next I tried the same yellow that I used on the TV table. Didn't work either. And then I gave up for a while. Lying in bed last night, it dawned on me~clipboards. They take away the pressure of formality that frames were putting on me, while still adding a modern touch. Phew!
Now onto the guest bedroom. Yikes!
Posted by MB by Brigid at Tuesday, May 17, 2011 11 comments

I recently moved into an old farm house that has four (non-working) fireplaces. That also means four mantels to decorate. I am struggling with the kitchen mantel, but am pleased with my living room and bedroom mantels. How would you decorate a kitchen fireplace and mantel? 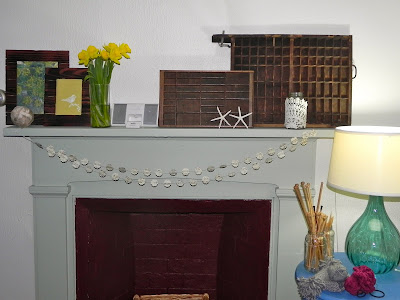 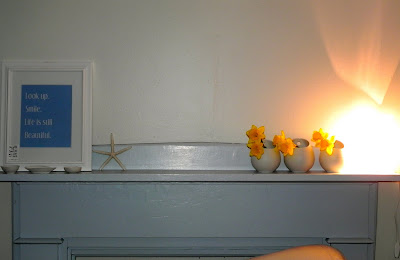 If you are looking for me, I am probably making big ol' crochet flower brooches! A friend recently taught me how to crochet little flowers, and I decided to give them a modern twist! 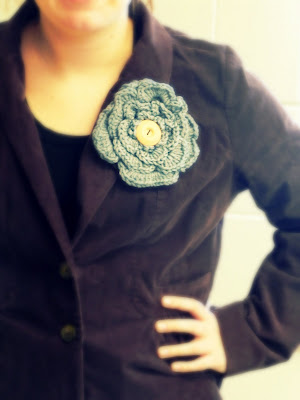 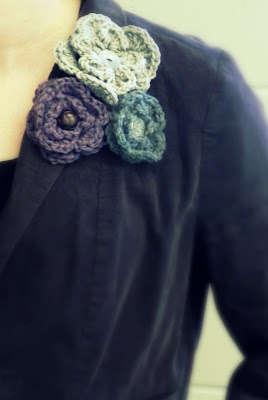 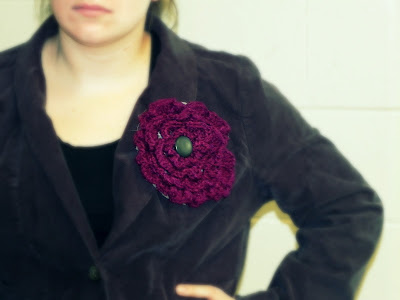 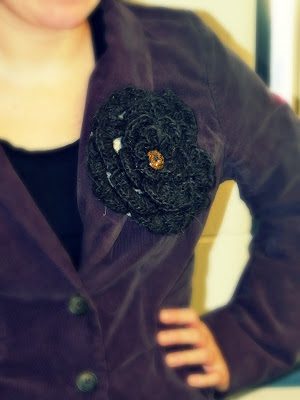 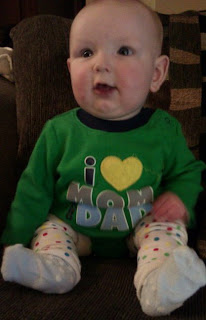 As winter is winding down, are you wondering what to do with your extra stash of yarn? I've recently been contacted by a family who lost their six month old son to a congenital heart condition. In response to such a tragic and heartbreaking loss, they are collecting baby leggies, blankets, and hats to donate back to the hospital that took such good care of their family. I love how thoughtful this idea is. Even in the face of their saddest days they are able to think of others. So, please grab your needles or crochet hooks and get to work. Once completed, you can mail them to:
Wyatt's Warmth from the Heart
10617 62nd st ne
Albertville mn 55301
Posted by MB by Brigid at Monday, February 21, 2011 8 comments

In January, a Massachusetts based photographer and mama contacted me via my Etsy site. She offered me a trade. My plum baby sweater for professional pictures of my goodies. I checked out her website and knew that it would be a great match. I've only gotten the first two sets of pictures and I couldn't be happier. They are beautiful and capture my knits perfectly! I hope that you enjoy them as much as I do! 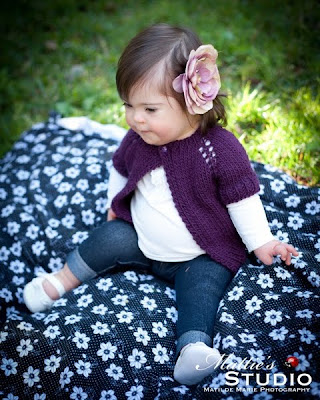 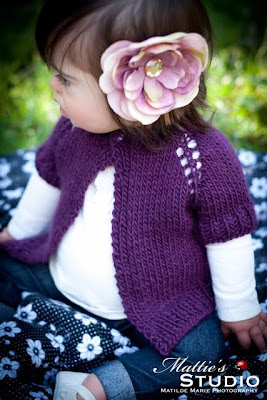 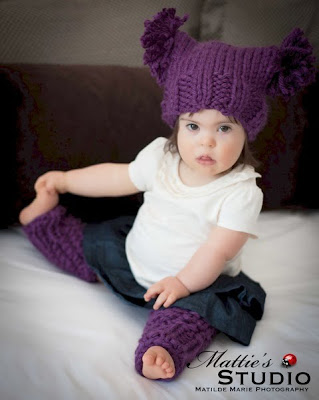 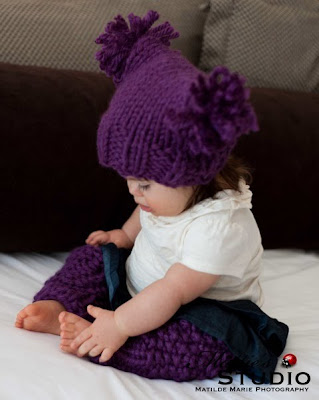 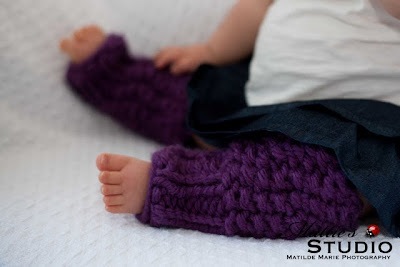 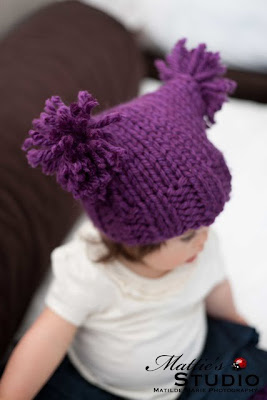 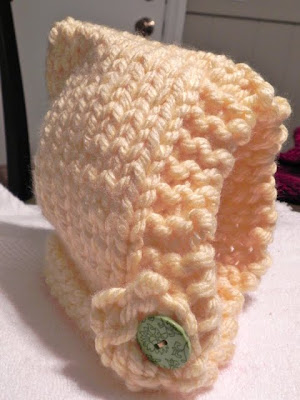 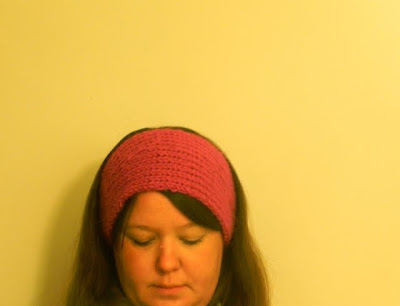 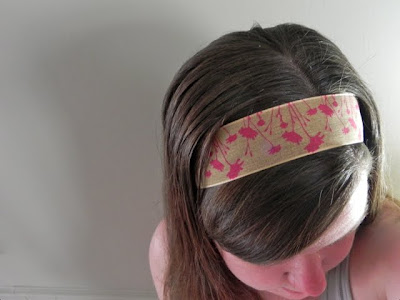 Headband
Posted by MB by Brigid at Tuesday, February 08, 2011 4 comments

MB by Brigid
After twelve years of city living, I recently moved to the more rural seacoast of New Hampshire. This lifestyle change has allowed me the time I have been craving to focus more on my knitting and sewing. In my shop you will find a variety items that suit all ages! Come on by, take a look around, and please~let me know what you think!

Promote Your Page Too